The first ratoon crop is now completed in the variety trial at South Johnstone, and the results are encouraging with:

Most of these selections originate from international breeding programs (Taiwan, Israel, and Guadeloupe) and are being grown for the first time in Australia after clearing quarantine. Some have so far demonstrated promise, whilst the agronomic characteristics of others have been less desirable. A notable spread of cycle time between varieties was already observed in the plant crop. This meant that some of the early second ratoon bunches of the quicker cycling varieties had already begun to be harvested before all the first ratoon bunches had been completed for the much slower cycling ones. As a result of this, some varieties were experiencing quite different seasonal conditions during the period of bunch development compared to others.

The preliminary results from this investigation are a useful first look, but pre-commercialisation trials for any of the better varieties will tell more accurately how these results reflect their broader performance. The data discussed next is displayed in Table 1.

The nine TR4 resistant selections from Taiwan took between 19.6 and 23.7 months to reach ratoon one harvest from planting, which was considerably slower than the 17 months taken by the industry standard Williams. The slower cycle times and lower bunch weights resulted in cumulative yields (plant + ratoon 1) 63–82% of that of Williams. The only exception was Asia Pacific #3, which had a comparable yield to Williams. The high cumulative yield of Asia Pacific #3 combined with its TR4 resistance, which was much better than Formosana in the NT trials, is very encouraging. This makes it a contender for inclusion in future pre-commercialisation trials.

The varieties GCTCV 119, 215, 217 and 247, along with Asia Pacific #3, were all significantly taller than Williams. However, rather than breaking over from wind damage, losses were typified by snapping at the point of connection of the prop to the pseudostem. It was a particular issue for Asia Pacific #3, where just over half the datum plants snapped at the prop or the bunch fell out at the throat. The same fate occurred to 38 and 31% of the GCTCV 217 and 119 plants, respectively. GCTCV 247 and 215 had very few bunches affected in this way. Perhaps if the varieties were grown in double rows supported by twine then losses would have been lessened (for the current single-row configuration, propping is done using metal wire affixed to wooden stakes inserted towards the top of the pseudostem).

As was the case in the plant crop, the four Rahan Meristem Cavendish selections (Jaffa, Gal, Adi 9001 and Adi 9168) have continued to perform well in all respects compared to Williams in the first ratoon. It is noteworthy that Adi 9001 (2.7 m) and Adi 9168 (2.3 m) were both significantly shorter than Williams (3.1 m) but there were no issues with choking. Several commercial farms have begun growing these varieties on a small-scale due to their promising agronomic qualities.

It took around five months longer for CIRAD 04 to reach first ratoon harvest compared to the other three CIRAD hybrids . The cumulative yields of the CIRAD hybrids were slightly better than for the plant crop but were still only 57 – 66% of that of Williams. Plants remained significantly taller (11 – 31%) than Williams. Their brittle pseudostems were prone to snapping, and their long, narrow leaf stalks readily bent over leading to much reduced leaf area. Like some of the Taiwanese selections, these too were prone to snapping at the prop.

The two dwarf selections of Cavendish, Brier and Dwarf Cavendish, had comparable cycle times and bunch weights to Williams. And as was the case in the plant crop, Dwarf Cavendish had shorter fruit than both Brier and Williams (indicated by the percentage of fruit in the 22–26 cm size category). 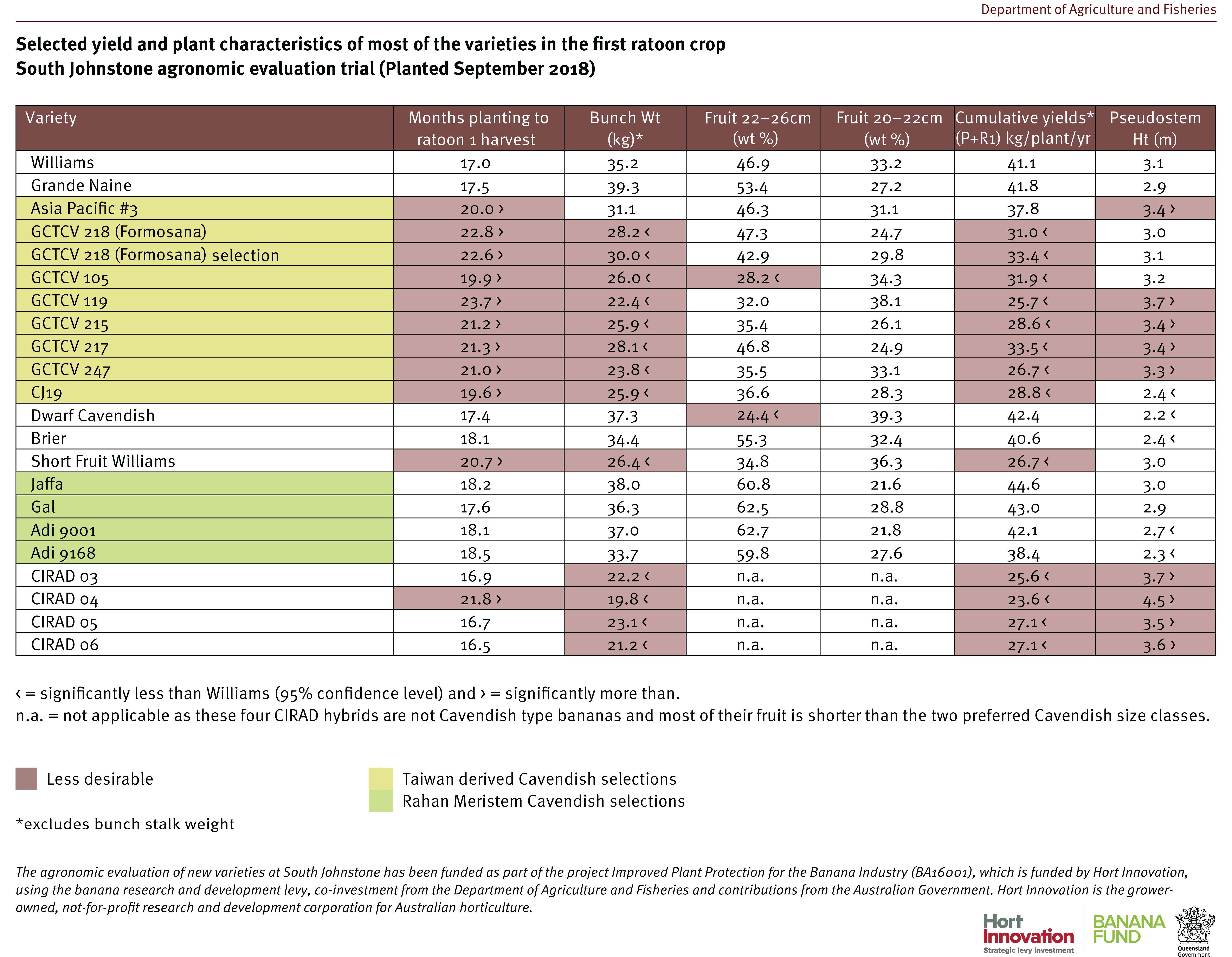 This research has been funded as part of the project Improved Plant Protection for the Banana Industry (BA16001), which is funded by Hort Innovation, using the banana research and development levy, co-investment from the Department of Agriculture and Fisheries and contributions from the Australian Government. Hort Innovation is the grower-owned, not-for-profit research and development corporation for Australian horticulture. 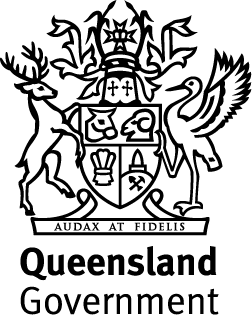